How to make Windows 10 recognize an external hard drive 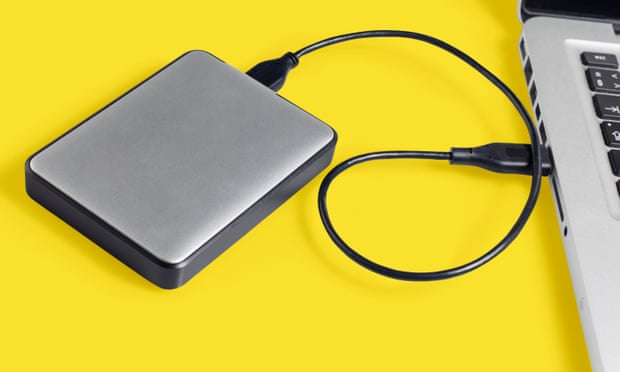 The Universal Serial Bus (USB) connects billions of keyboards, mice, joysticks, printers, external hard drives and other peripherals to roughly 1.5bn personal computers, and more than 3bn mobile phones use the smaller Micro USB and newer USB-C versions. It generally works pretty well but most people have probably suffered from a USB device failing or not being recognized.

Lots of things can go wrong. The port, the connecting cable, the power supply and the external hard drive (EHD) can all suffer from physical and/or electrical faults.

Some external hard drives draw their power from the USB port and they may not get enough. This can be a problem if the PC’s motherboard does not supply enough power to the USB port you are using or if the drive is plugged into a non-powered hub. EHDs that have their own power supplies tend to work more reliably.

USB cables can fail after prolonged use, though this is more likely to happen to the Micro USB cables used with mobile phones. External hard drive cables rarely fail unless they get the same sort of abuse. However, if you have two devices that use the same type of cable, you can swap them over to see if that solves the problem.

Alternatively, it could be a software problem. For example, it could be the lack of a suitable driver, a corrupted driver or a conflict with another USB device.

If you do not have a backup and cannot get the drive to work, it may be worth rolling back to Windows 7 and making a backup before reinstalling Windows 10 – or enlisting the help of a friend who is still running Windows 7.

You should never lose data because an external USB hard drive fails. Ideally, you should have at least three copies of your photos stored on different media and at least one should be kept in a different place. Schofield’s Second Law of Computing states that data doesn’t really exist unless you have at least two copies of it.

You can back up your photos to thumb drives, SD cards, optical discs (CD, DVD, Blu-ray), external hard drives, a local network server or an online service. These include Amazon Photos, Apple’s iCloud, Microsoft OneDrive, Google One and third-party services such as pCloud and Mega.NZ. See my recent answer to “Where’s the cheapest place to store 500GB of data online?”

The major hard drive manufacturers have the most experience in debugging hard drive problems and some have free software to help. The leading examples include WD’s Data Lifeguard Diagnostics and Seagate’s SeaTools for Windows. You may already have one installed. If not, check your EHD manufacturer’s website for a tool that could find and fix your missing drive.

Most USB failures are glitches. Often, if a device is not recognized by one port, it will work when plugged into a different port or a different PC. If not, the traditional approach – basically, turning your PC off and on again – often works.

First, unplug the EHD, unplug it from the mains and unplug and straighten the data cable. Second, restart your PC and wait for two minutes (because Windows 10 keeps loading things in the background even after it claims to be ready for use). Third, plug the connecting cable into the EHD, making sure it is firmly seated. Finally, plug the EHD back into the mains, turn it on (if it has a manual switch) and plug the USB cable back into the PC. With luck, either the PC will recognise the external drive or discover it as a new device and install it with a suitable driver.

Turning a PC off and on does not work as well as it used to because of Windows 10’s Fast Startup system. Ideally, we want the PC to forget everything and make a fresh start. With Fast Startup, Windows 10 stores core parts of memory, including the drivers, in a hidden file called hiberfil.sys and just reloads this file when you turn it back on. You could temporarily disable Fast Startup but I’d just move on to the next step.

If a reboot doesn’t make Windows renew its USB drivers, you can do it manually. With the EHD plugged in, go to the Start menu and type or paste the words “Device Manager” into the search box, then run the app that comes up. Next, click the arrow (>) next to “Disk drives” in the Device Manager program to see a list of the drives that your PC knows about. Look for the drive that is not being recognized. It should be obvious from its name, which might be something like “WD Ext HDD 1021 USB Device” or “WD MyBook” or “Seagate Expansion Desk”, or whatever.

Right-click on your EHD and select “Uninstall device” from the pop-up menu. When that has finished, unplug the USB cable.

Wait a minute, then plug the USB cable back in. Windows should see the drive and install a driver. Your EHD should then appear in the “This PC” section of Windows 10’s File Explorer.

If this doesn’t work, use the Settings app to run Windows Update, restart your PC and try again. Windows Update delivers new drivers and software patches when they become available.

Some – usually obscure – USB peripherals use special drivers that you can only download from the manufacturer’s website. If Windows hasn’t found the best driver, it might be worth looking for one. If you find one, follow the same procedure but select “Update driver” from the menu.

In passing, users who have no problems with external drives can still use Device Manager. The default setting for USB drives allows their quick removal. This reduces the risk of data corruption when users unplug drives without thinking. Select “Properties” from the pop-up menu, go to the “Policies” tab and change the default to enable write caching in Windows. This improves performance but you must use the “Safely Remove Hardware” option before unplugging devices.

USB ports are handled by USB host controllers. To see them, click the arrow next to “Universal Serial Bus controllers”, which will be at or near the bottom of the alphabetical list in Device Manager. As before, right-click each host controller and select Uninstall. Once you have finished, restart your PC. Windows will automatically reinstall the USB host controllers with clean, fresh versions.

Beyond this, there is not much you can do. If a PC has serious problems, you could always reinstall the BIOS firmware and update the motherboard’s chipset drivers. The latest versions should be available from the PC or motherboard manufacturer’s website. However, non-technical users should never have to do this type of thing unless prompted.

For example, you may have done a firmware update last year because most big PC suppliers rolled out fixes for the Spectre and Meltdown vulnerabilities covered in an earlier answer. But it shouldn’t be necessary for a simple problem like a USB drive not being recognized.

All hard drives fail, typically after five or more years but sometimes after a few months. This is why we need backups. Sometimes EHDs fail but the drive still works. If you don’t have a backup and cannot afford a professional data recovery service, this is a last resort.

USB drives are just cheap hard drives in (usually) plastic enclosures. You can easily make your own by buying a big hard drive and a separate enclosure. If your EHD doesn’t work but you can hear the drive spin up when it is plugged in, you can try removing the hard drive and installing it in a new enclosure.

Research your EHD online to find out how big the drive is (2.5 inch or 3.5 inch) and the type of drive (usually SATA), so you can buy the correct enclosure. Plastic enclosures are cheap and mostly good enough. Metal enclosures with built-in fans are better for cooling a hard drive that is in constant use and making it last longer.